US President Trump said that due to the impact of the new coronavirus epidemic, an executive order would be signed to stop all immigrants from entering the United States temporarily.
Trump tweeted: This is done in response to attacks from invisible enemies and to protect American citizens.
It is unclear whether Trump can carry out the order or which immigration projects will be affected.
Immigration policy has always been one of the focuses of Trump’s campaign and administration propaganda. Still, this issue has been pushed to a secondary position since the outbreak of the New Coronavirus.
Opponents say the Trump administration is using the new coronavirus epidemic to combat immigration.
America and Trump under the epidemic crisis
Diplomatic Relations “Diagnosed Infection” Open Controversy and Infighting in the Shadow of the New Crown
Victimization of the technology industry
Trump’s immigration ban may be a significant blow to the fast-growing technology industry in the United States.
The number of skilled immigrants who have gone to work in Silicon Valley in the United States has been increasing, many of them from Asia.
Apart from Mexico, China and India now account for the majority of new immigrant workers. 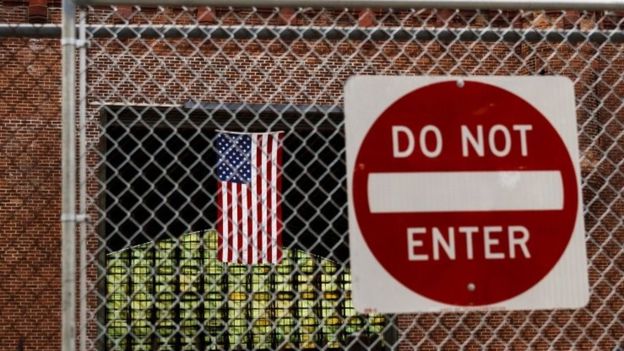 The immigration ban, whose purpose is to stop the spread of the virus and protect American jobs, will soon cut off this part of the technical talent.
According to the Pew Research Center, more than 1 million immigrants enter the United States each year, but this number has declined recently.
In 2017, most new immigrant workers accepted by the United States came from India, followed by Mexico, China, and Cuba.
The main content of the most significant economic bailout bill in American history
Trump announced that the United States would restart the economy in three stages.
Pneumonia epidemic: America’s right and wrong in this new crown crisis
Compete with China
The Pew Research Center said that almost half of the new immigrants live in three states: New York, Texas, and California. California’s Silicon Valley is a significant technology industry, and the headquarters of large technology companies such as Google, Facebook, and Cisco are all there.
Shaun Rein, head of China Market Research Group, said Trump’s immigration ban would affect the recruitment of technology talents in the US technology industry, relying on these overseas technology talents to maintain their competitiveness And technological innovation.
He said that if these technological innovation talents cannot continue to stay in the United States, they will return to their hometowns and build the next generation of large technology companies in their own countries.
In recent years, some local Chinese startup technology companies have gradually stepped onto the international stage. For example, Alibaba and its byte-beating company Douyin these technology innovation companies have become competitors of American technology companies.
Rein said that the immigration ban in the United States would allow talents from China, India, and other countries to find employment in other international technology centers, such as Shenzhen, Seoul, or Bangalore.

How do you consider Trump as a President?

“I’m terrified, this time …” The actress came on the field once again on the news of her in-laws’ presence.

Pneumonia Epidemic: An Analysis of Missouri v. China Government from a Legal Perspective