In a village in Indonesia, volunteers played ghosts to scare villagers from going out during the outbreak.
The village of Kepuh on Java Island started patrolling with “ghosts” at night last month.
In Indonesian folklore, a ghost named “pocong” (Baotou zombie) represents the soul of the dead. 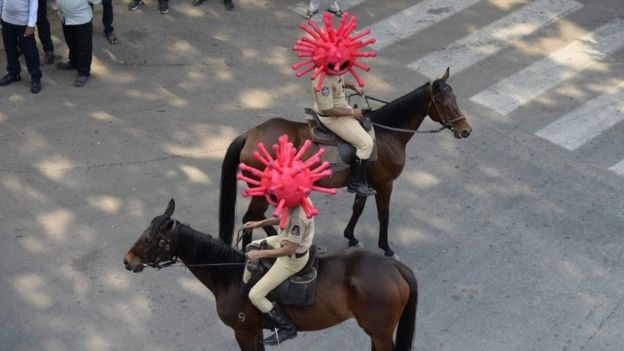 According to data from Johns Hopkins University, there are currently about 4,500 cases and 400 deaths in Indonesia. But experts worry that the actual infection in the entire country is much more severe.
A Reuters employee who visited the village said that this unusual tactic initially had the opposite effect as expected. People went out to find out about the “ghosts” on the street.
Unconventional way, these countries’ prohibition measures during the epidemic
After the New Crown Disease pandemic, the earth became quiet
Pneumonia epidemic: under the new crown virus, Koreans continue to insist on class
COVID-19: the treatment of different countries during the period of the evacuation of foreign nationals to return to the country in isolation, throwing eggs and sending flowers
Pneumonia Epidemic: Nine Controversial Leaders’ Comments on New Coronavirus 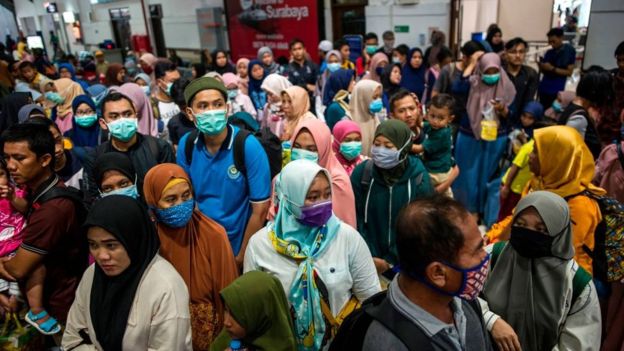 But locals say that the situation has improved since the deployment of the ghostly volunteer team.
Resident Karno Supadmo told Reuters: Since the Baotou zombie appeared, parents and children have not left their homes. After praying at night, people no longer gather or stay on the streets.
Anjar Panca, the head of the local mosque, told the Jakarta Post that the move worked because it warned residents about the potentially fatal effects of the new crown virus. 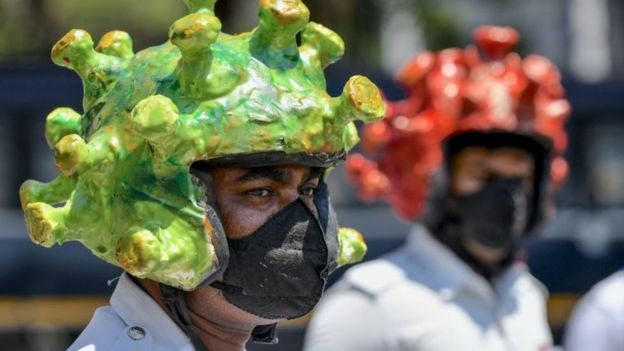 The traffic police helmet is in the shape of a new crown virus.

The head of the village youth organization and the local police jointly organized this measure.
Angar Pancaningtyas, the head of the youth organization, told Reuters: “We want to be different, and we want to achieve different effects because the Baotou zombie gives a very eerie and fearful feeling.”
Indonesian President Joko Widodo has not yet announced measures to block the country. The outside world is worried that Indonesia’s medical system will be overwhelmed if stricter standards are not taken.
The person in charge of the famous science village told Reuters: “Residents still lack understanding of how to stop the spread of the new coronavirus. They want to live everyday life, so it isn’t easy to stay at home as required.
This method is not the only way to raise awareness of the dangers of viruses worldwide. The Indian police have also worn a virus-shaped helmet to highlight the threat of the virus.