CORONAVIRUS:
The Director-General of the World Health Organization, Tan Desai, warned that if the new coronavirus blockade is lifted prematurely, it may trigger a “fatal resurgence” of the outbreak.
Tan Desai said that some countries are working hard to deal with the epidemic’s impact on the economy, but governments should be cautious in relaxing restrictions.
Spain and Italy, the countries most affected by the epidemic in Europe, have relaxed some control measures, but the embargo measures continue.
Tan Desai said that the infection in some European countries had been slowed down. WHO is working with governments to formulate a strategy to relax control, but this should not be done too early. Burning “.
At present, there are 1.6 million new coronavirus cases worldwide and more than 100,000 deaths.
Has Spain and Italy eased control?
The Spanish government intends to allow construction and factory production workers to return to work. Spain recorded the lowest daily death toll in 17 days on Friday (April 10): 605. According to the latest data, 15,843 people have died from diseases related to the new coronavirus in Spain.
However, the Spanish government still requires the public to maintain social distance during the Easter long weekend. 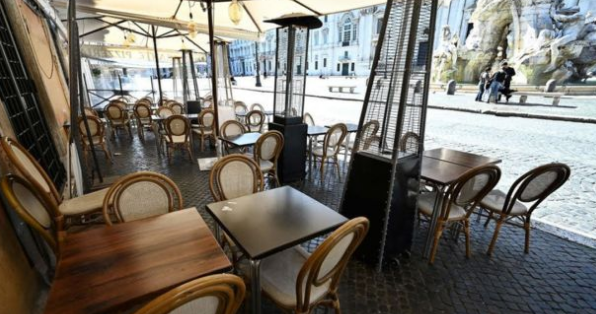 CORONAVIRUS:
Italian Prime Minister Giuseppe Conte extended the national blockade order to May 3, warning that the current anti-epidemic results should not be lost.
However, a small number of businesses that have closed since March 12 will be allowed to reopen on the following Tuesday (April 14). Conte specifically mentioned bookstores and children’s clothing stores, but media reports indicate that laundry and other services may also be included.
Since the implementation of the blockade measures in Italy, only grocery stores and pharmacies have operated normally. On Friday, the number of Italian deaths increased by 570, down from 610 the day before, and the number of new cases also fell slightly, from 4204 points to 3951 patients.
On Friday, the number of French deaths from the new coronavirus increased by nearly 1,000 to 13,197. However, the number of people in the intensive care unit declined slightly for the second consecutive day. The person in charge of the country’s Ministry of Health said that although the number is still relatively large, it seems to have reached the platform stage.